Although Service Management Automation is IMHO the future of automation and orchestration, it has some downsides compared to the graphical editor capabilities of System Center Orchestrator. I assume that the next version of SMA, will address at least some of the missing features. In the meantime the community starts developing own solutions to make SMA runbook management a bit easier, especially when dealing with lot of runbooks and workflow code.

SMA Studio is an open source IDE tool written by Marcus Westin providing additional features for SMA runbook management. It is currently in Beta status, but already provides some added value. In this post I’m quickly going through the main features and how you can simplify your SMA runbook management leveraging the tool. Keep in mind that it is a Beta, so you might want to wait for a final version or test it well, before using it in production.

Features at a glance

The tool leverages the oData structure of the SMA web service API. SMA itself already provides a simple integrated versioning. Each time you save / publish a runbook it gets saved as a new version within the SMA database. Unfortunately SMA does not come with any source control tool on the end user side yet. Here’s where SMA Studio jumps in. Creating a new runbook is as easy as editing an existing one. Clicking the “save” button, saves the runbook to the cache folder within the program directory. Checking it back in, publishes a new version.

After downloading the tool, you have to extract the content and unblock the files.

To start the tool, just execute

Running it for the first time, asks for the SMA web service url. 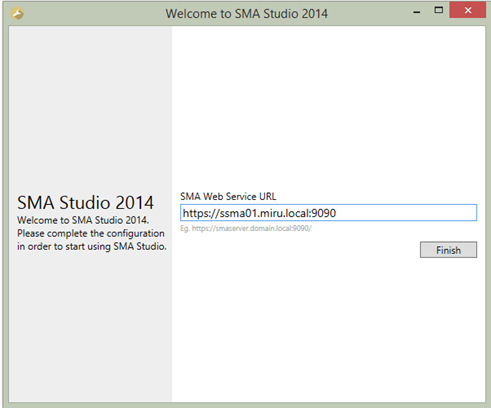 This setting is saved to “settings.xml” within the program folder. 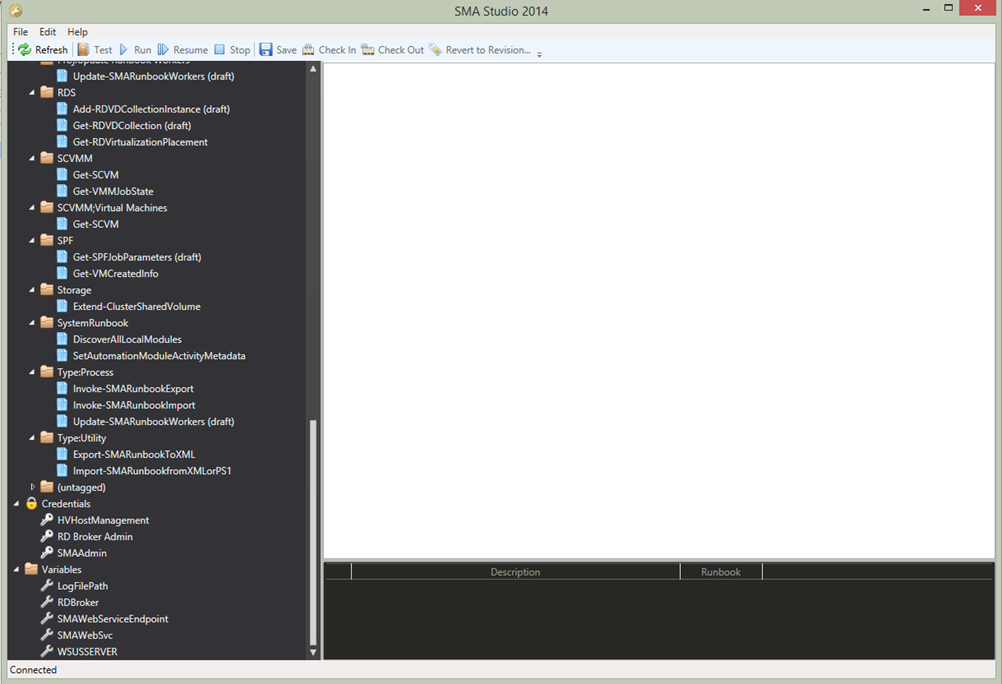 The tool organizes the runbooks in folders corresponding to the tags you submitted to your runbooks, which is very nice. Also SMA assets can be managed out of SMA Studio. It does not provide management of SMA connection asset objects yet.

Comparing the current to a recent version is as easy as checking in and out, or creating a new one. 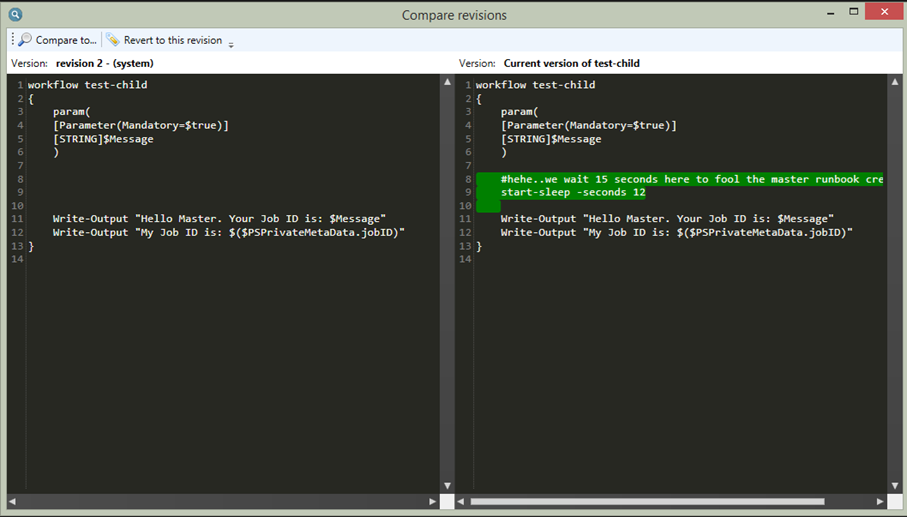 For me the most important reasons why to have a look at the tool are: